He did hedge himself by saying if the expectations are not met, he would change his mind.

He also stressed that we will know more about the labor market over the next couple months than we do now, citing issues like covid, the ending of emergency employment benefits, school reopening as influencing issues that will be resolved (or not). 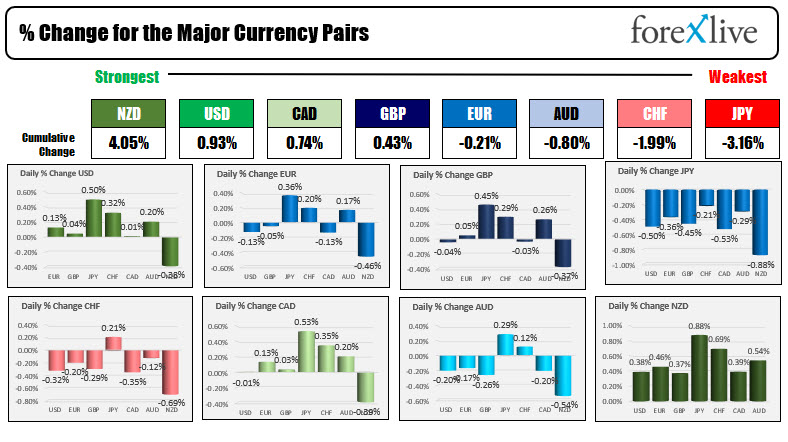 For the USD, the dollar went from fighting with the CAD as one of the weakest of currencies to one of the strongest. It still remains well behind the NZD (where analysts are now projecting the start of rate hikes as early as August 18 after the much better than expected employment statistics released overnight), but has reversed declines most vs the JPY, CHF and AUD.