The non-farm payrolls report certainly made for an interesting trading day and the repercussions of the shockingly-soft report will continue to reverberate.

This time, it turns out the first reaction (selling the US dollar) was the right one. It dropped 50-80 pips across the board on the headline but then staged a solid recovery, in part because of questions about seasonal adjustments.

Ultimately though, the market appeared to conclude that the Fed’s vote is the only one that counts and this will keep them on the sidelines longer. The dollar then renewed its drop with a vengeance

The bond market tells an interesting story. The US 10-year fell a full 10 bps to 1.46% but then came all the way back to 1.57% to finish higher on the day. Meanwhile, the belly held a bid. One way to look at that is the market is sensing the Fed will stay easy but that ultimately it will be too easy and stoke inflation.

Of course, all of that is way too much analysis for one jobs report, that’s a huge outlier compared to months of sparking data.

The euro took full advantage of the US dollar move, tacking on 100 pips to 1.2181, which is the highest since February.

Cable, meanwhile, remains right at the top of the March/April/May range and will be an interesting spot to watch next week.

The Canadian dollar was really torn on the data. It was softer in Canada but that was due to a lockdown that will end this month (at least I sure hope it does). Before that, Canadian jobs were strong and few doubt they’ll bounce back afterwards. Still, loonie traders were weighing that against a potential slowdown in the US and the raging commodity bull market. Ultimately, CAD lost ground against the field but was flat against the dollar.

Have a great weekend. 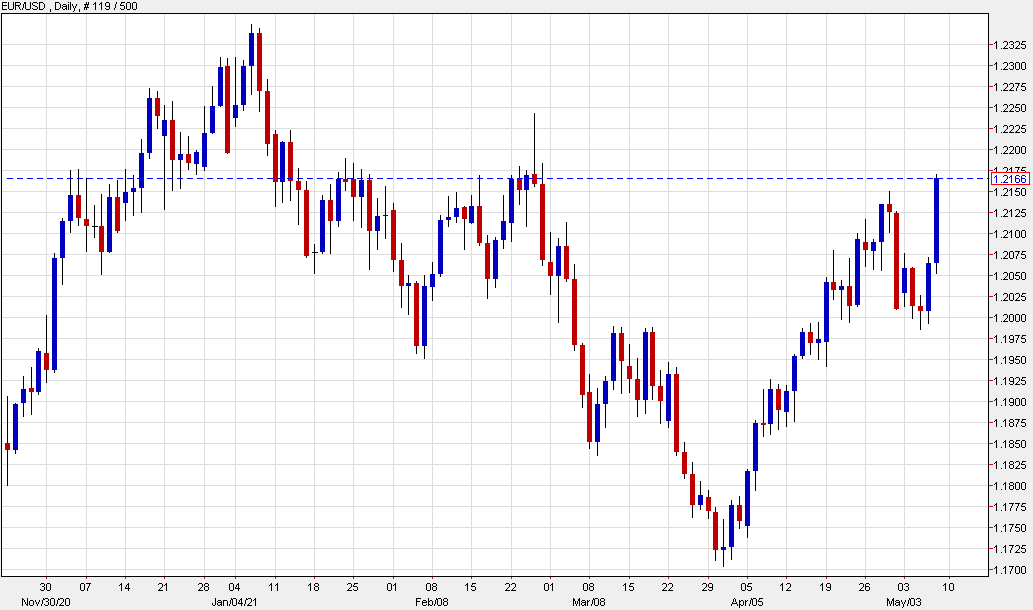