Comments after the infrastructure meeting 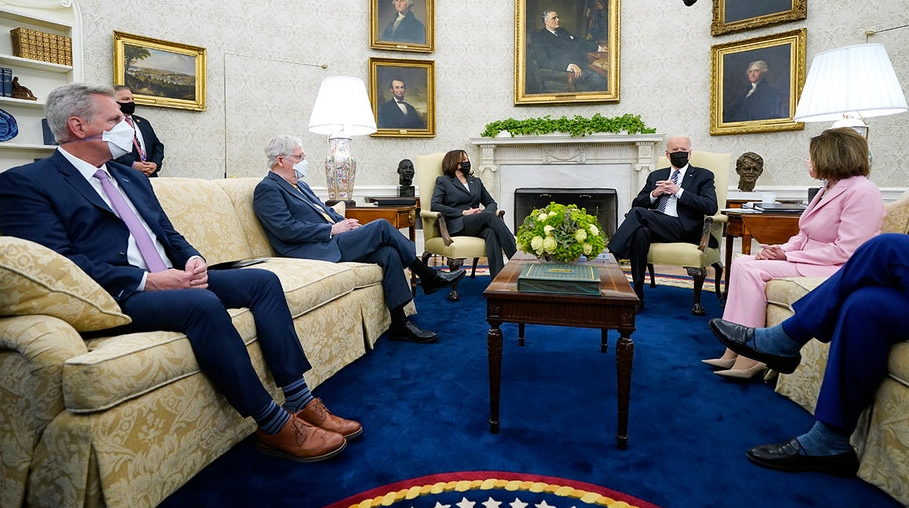 There are so many difficult problems here. If Republicans will support it, they don’t want to raise taxes but they also want to make sure it’s paid for. So how do they propose paying for it?

Meanwhile, Democrats want more than Republicans are willing to offer and many also want to pay for it. The easiest thing for them to find is the Trump tax cut.

Outside of brief moments of crisis around the pandemic and the financial crisis, the number of times there’s been bipartisan compromise towards a large bill in the past 15 years is nearly nil. I don’t think anyone is betting on some kind of grand compromise, especially when Democrats have a way to get it done solo, via reconciliation.