The FOMC will begin their two day meeting tomorrow and then release their statement on Wednesday at 2 PM ET. The Fed Chair Powell will hold a presser at 2:30 PM ET. The uncertainty as to whether the Fed will officially signal taper ideas, has the forex market to continue to trade with sporadically. Most of the pairs waffled in narrow-ish trading ranges. The GBPUSD which had the largest trading range of the major currencies verse the US dollar at 59 pips, traded lower, then recovered all the declines and is closing near unchanged on the day.  That pretty much sums up the price action in the forex today. 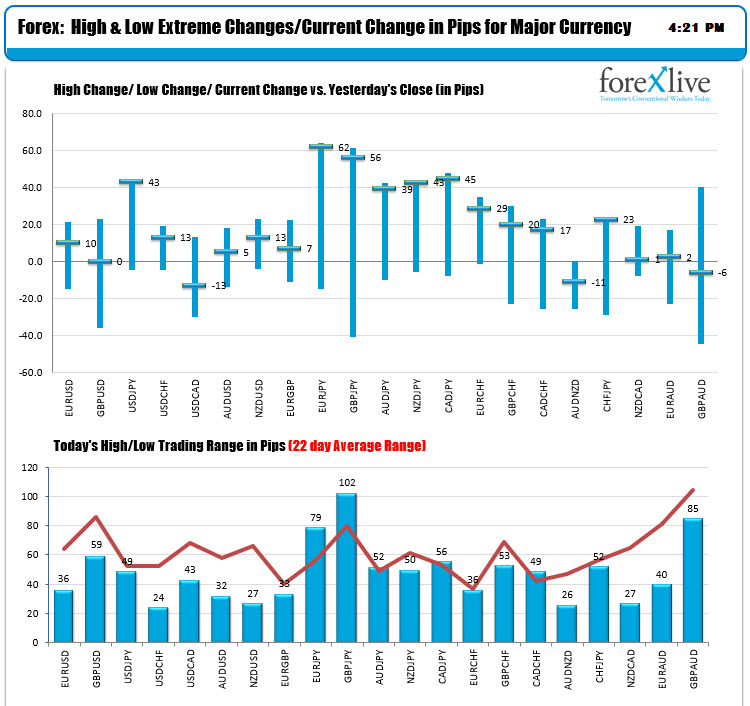 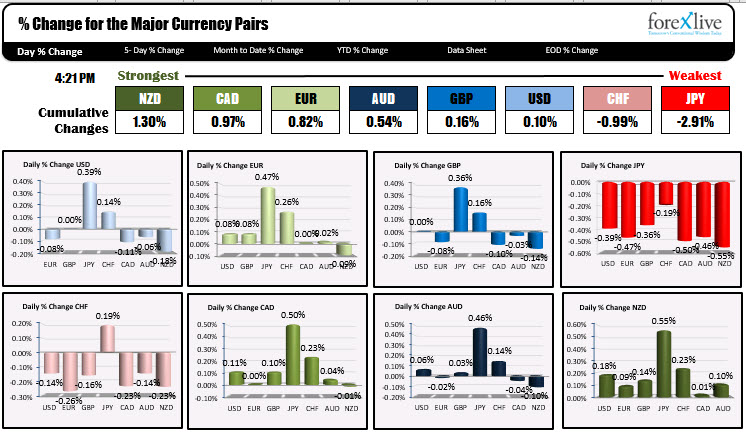 For the USDJPY it trended to the upside with the help from higher rates and a rising stock market – at least in the Nasdaq and S&P indices. Both those broader indices closed at record levels. For the NASDAQ it was the first record close since April 26.

The Dow industrial average closed lower on the day by -85.85 points, but things could have been worse. The Dow 30 was down -269.06 points at the low before cutting losses into the close.  In Europe today, the German Dax ended lower by -0.13%, but the other major indices closed higher (led by Spain’s ibex at +0.83%).