The NASDAQ index opened higher and immediately found sellers. Technically, the open did move above its 200 hour moving average currently at 13730.85 (green line) but sellers quickly pushed price back lower. The high for the day reached 13753.05. 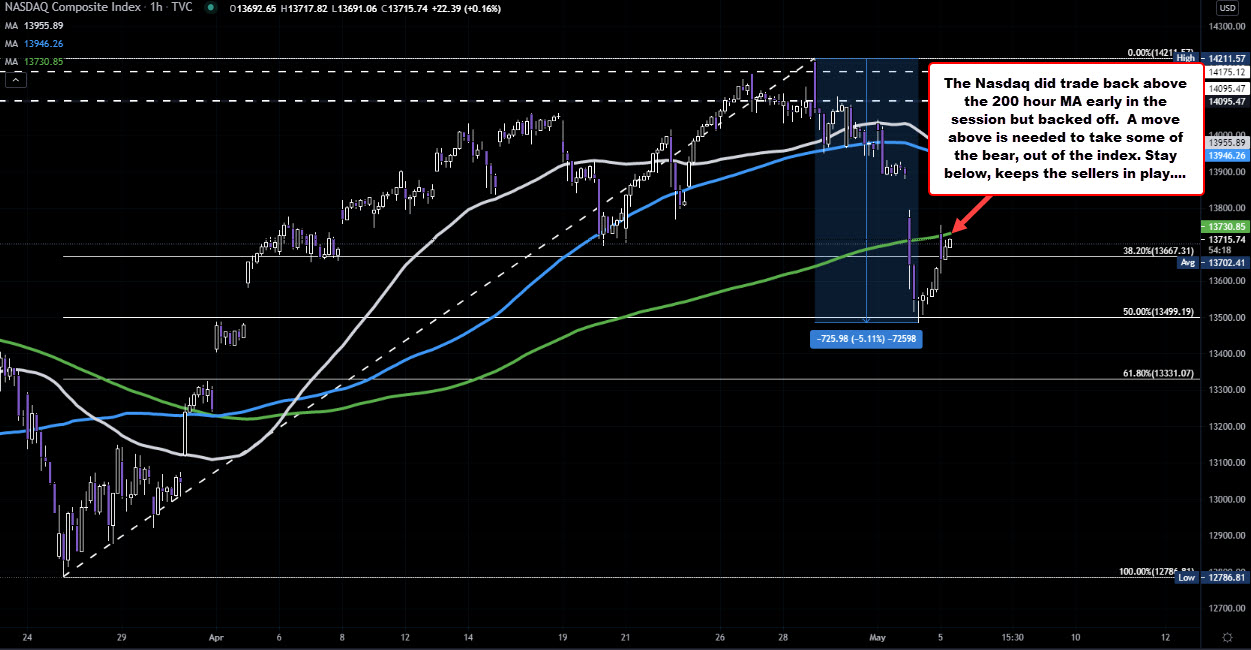 Technically, if the price can get and stay above the 200 hour moving average, it would take some of the bearish bias out of the run to the downside.  Right now, the buyers have more work to do.

Conversely, a failure to breach back above that moving average would have traders looking at the move higher off the lows as a simple correction.  We should start to see more selling that could/should push the price back down toward the lows seen yesterday and potentially lower.

So far, the corrective move off the high from April 29 saw the price move down -5.11% at the low.  Is that enough of a correction?  Time will tell and the 200 hour MA will have a say in whether or not it IS enough.

A standard correction of 10% would bring the price all the way back toward the April 25 low at 12786.