The USD is weaker

As the North American session gets underway, the AUD is the strongest and the NZDUSD is the weakest.  Asian shares rebounded higher to start the week, despite the weakest China Caixan PMI index since April 2020 (50.3 –  just above the expansion benchmark).  The EU PMIs came in near expectations with limited impact.  German retail sales were better than expected at 4.2% vs 1.9% estimate. The US ISM manufacturing index will be released at 10 AM today with the expectations at 60.8 versus 60.6. The less followed Markit PMI (Final) is expected at 63.1 versus 63.1 preliminary (released at 9:45 AM ET). US construction spending will also be released at 10 AM ET with expectations of 0.4% vs -0.3% last month.

US stocks are higher in pre-market. Yields in the US remain low with the 10 year around 1.22%-1.23%.  Feds Kashkari and Brainard warned of potential headwinds from the the Delta variant.  A total of 122,000 new cases were reported on Sunday. That is the highest since February (the good news is that the death rate remains low).   The U.S. Senate reached a agreement on the wording for the $1 trillion infrastructure bill. That leads the way for a vote in the Senate as early as this week. The voting in the House of Representatives might not go as well as speaker Pelosi has tied the bill to an additional $3.5 trillion spending package.

In Canada, it is a holiday in observance of Civic Day although some banks remain open. 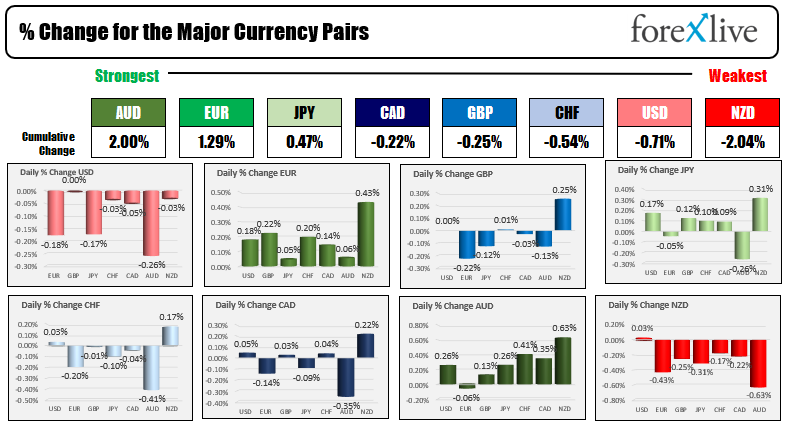 The low to high trading ranges are light to start the day:

A look at markets shows:

In the premarket for US stocks, the major indices are higher after Friday’s declines.

in the European equity markets, the major indices are trading higher:

A quick look at the US debt market shows yields mostly lower.