The NZD is the strongest and the GBP is the weakest at the start of the NA session. That was the same order at the start of day yesterday and at the end of day as well. The NZD was the strongest of the majors on Wednesday too.   The USD is weaker vs all the major currencies with the exception of the GBP.  The GBP fell yesterday helped by BOE which was less hawkish than expectations.  The stocks are modestly higher in premarket trading, after yesterday’s gains on the back of the agreement on an bi-partisan infrastructure deal, but the chatter that the bill has to pass with an agreement that a 2nd stimulus bill dealing with social infrastruture needs to be approved ahead of the President signing it (from Dem Pelosi and Biden). GOP Senators McConnell, and Graham are saying they will not vote for it and called it extortion.  The warm fuzzy feelings is going away with regard to the deal. Today PCe inflation for May will be released with the deflator increasing by 0.5% versus 0.6% last month. The year on year measure is expected to rise to 3.9% from 3.6%. The core level is expected to rise by 3.4%. Personal income and personal spending will also be released at the bottom of the hour. The University of Michigan sentiment for June (Final) will be released at 10 AM. The preliminary since May came in at 86.4.  Feds Kashkari and 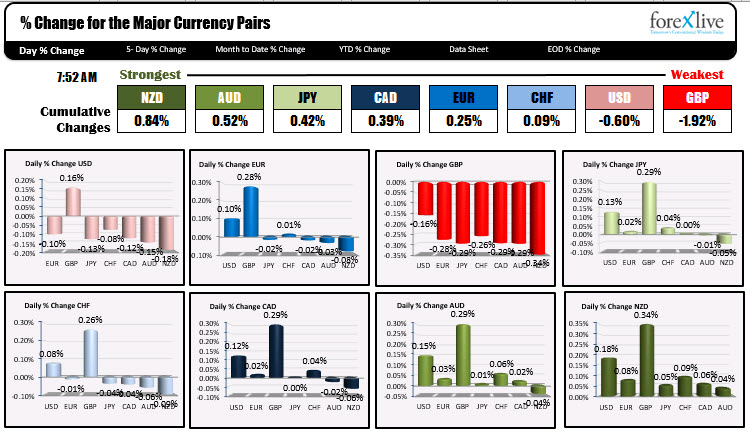 Looking at the ranges and changes, the price is not great for the day. The largest trading range is 45 pips (GBPUSD) the USDCHF is only 19 pips.  The next highest trading range is 31 pips in the USDCAD.   The GBPJPY is lower. GBPAUD is also trending lower as well (as is GBPNZD not shown). 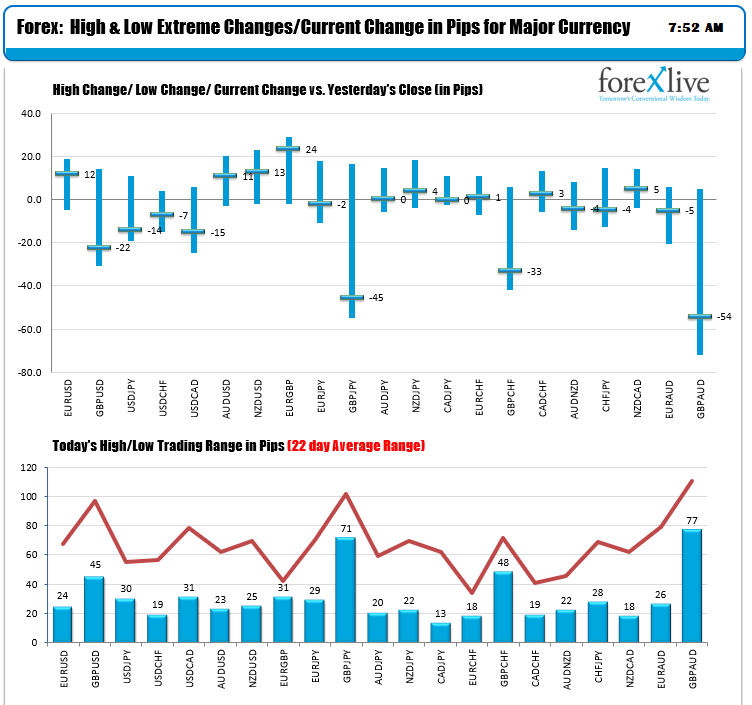 In the premarket for US stocks, the major indices are higher but off highest pre-market levels

In the European equity markets, the major indices are trading mixed

In the US debt market, the yields are modestly changed with changes less than one basis point:

In the European debt market, the benchmark 10 year yields have reversed higher after yesterday’s declines. Time yields are leading the way with a 3.2 basis point gain.