Traders will sift through US retail sales, PPI and other economic data ahead of the FOMC decision tomorrow

A big data day in the US and the USD is going into it as the strongest of the majors, while the GBP is the weakest.  The US will release retail sales, PPI and the empire manufacturing data at the bottom of the hour. Later at 9:15 AM ET, the industrial production and capacity utilization will be released.  At 10 AM, the dated armbands with business inventories, and NAHB housing market index being released. The FOMC will start there two day meeting that will culminate with their interest rate decision (no change in rates) tomorrow at 2 PM ET. The markets will be focusing on expectations for QE taper (or not). 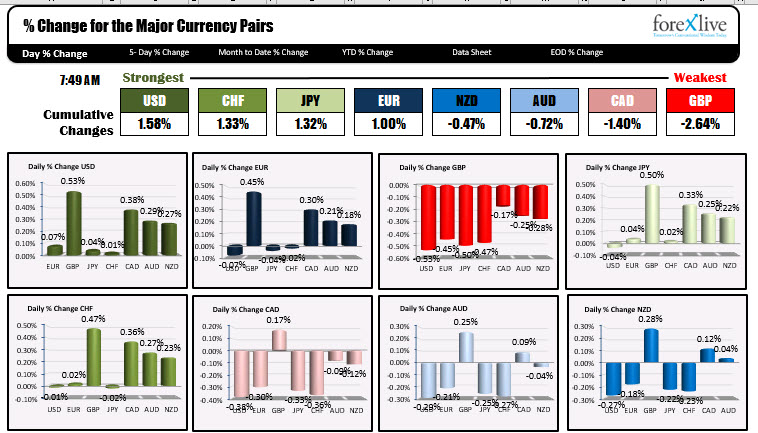 Looking at the ranges and changes, the GBP after their jobs report today, moved lower and is cracking to new session lows vs the major currencies.   The GBPUSD has cracked to the lowest level since May 14, but it wasn’t after running up to test the 100 hour MA, finding sellers and pushing lower. In contrast is the USDJPY which is stuck in the mud with a 18 pip trading range.   The USDCAD is seeing buying interest after it sniffed it’s 100 hour MA at the lows, before moving higher.   JPY crosses are mostly lower with the GBPJPY racing to the downside. 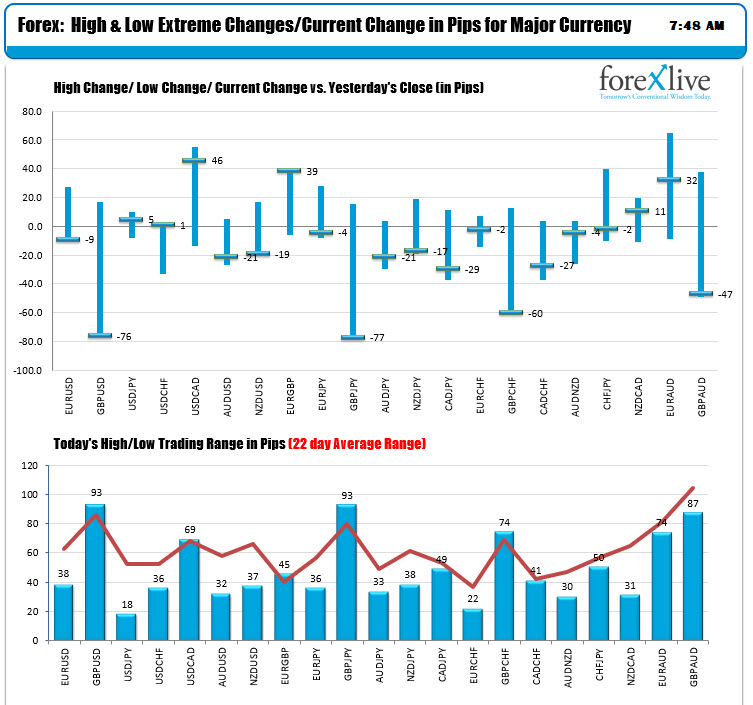 In the premarket for US stocks, the major indices are little changed. The US and EU result there Airbus verse Boeing tariff tiff.

In the European equity markets, the major indices are mostly mixed with Spain and Italy trading down, the other countries are higher

In the US debt market, the yields are mixed/little changed. The US 10 year yield remains below the 1.5% level:

In the European debt market, the benchmark 10 year yields are mixed but little changed.