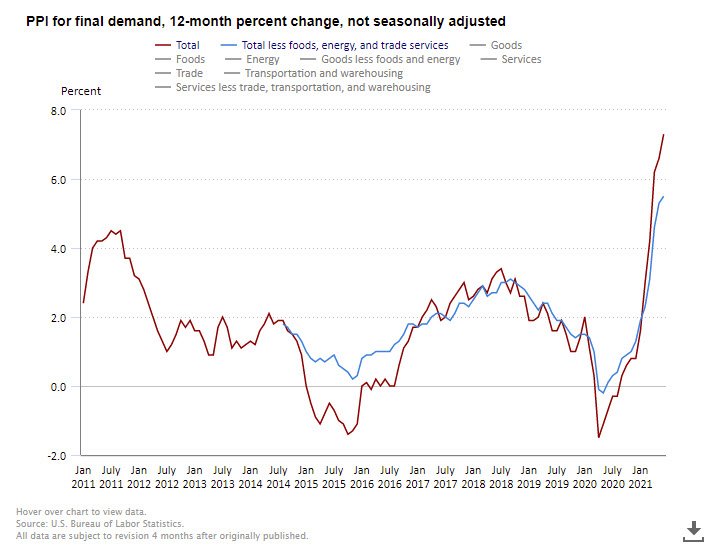 The PPI data continues to show pipeline inflation which always has a potential of making its way into the consumer prices.  The year on year increase of 7.3% is the largest cents, dated were first calculated in November 2010.

Twenty percent of the June increase in the index for final demand services can be
traced to margins for automobiles and automobile parts retailing, which rose 10.5 percent.  Conversely, margins for apparel wholesaling fell 6.0 percent.
The indexes for machinery and equipment parts and supplies wholesaling and for gaming receipts
(partial) also declined.