Another new high going back to October.

The price of WTI crude oil futures has moved above the $76 level for the first time since October 2018, and in the process is moving closer to its October high target of $76.88 (see daily chart above).

The OPEC meeting just ended with no discussion about easing cuts.  The OPEC+ meet later today. The expectations is for output cuts to be eased by 400K BPD in August, but traders are worried and shorts are being squeezed. 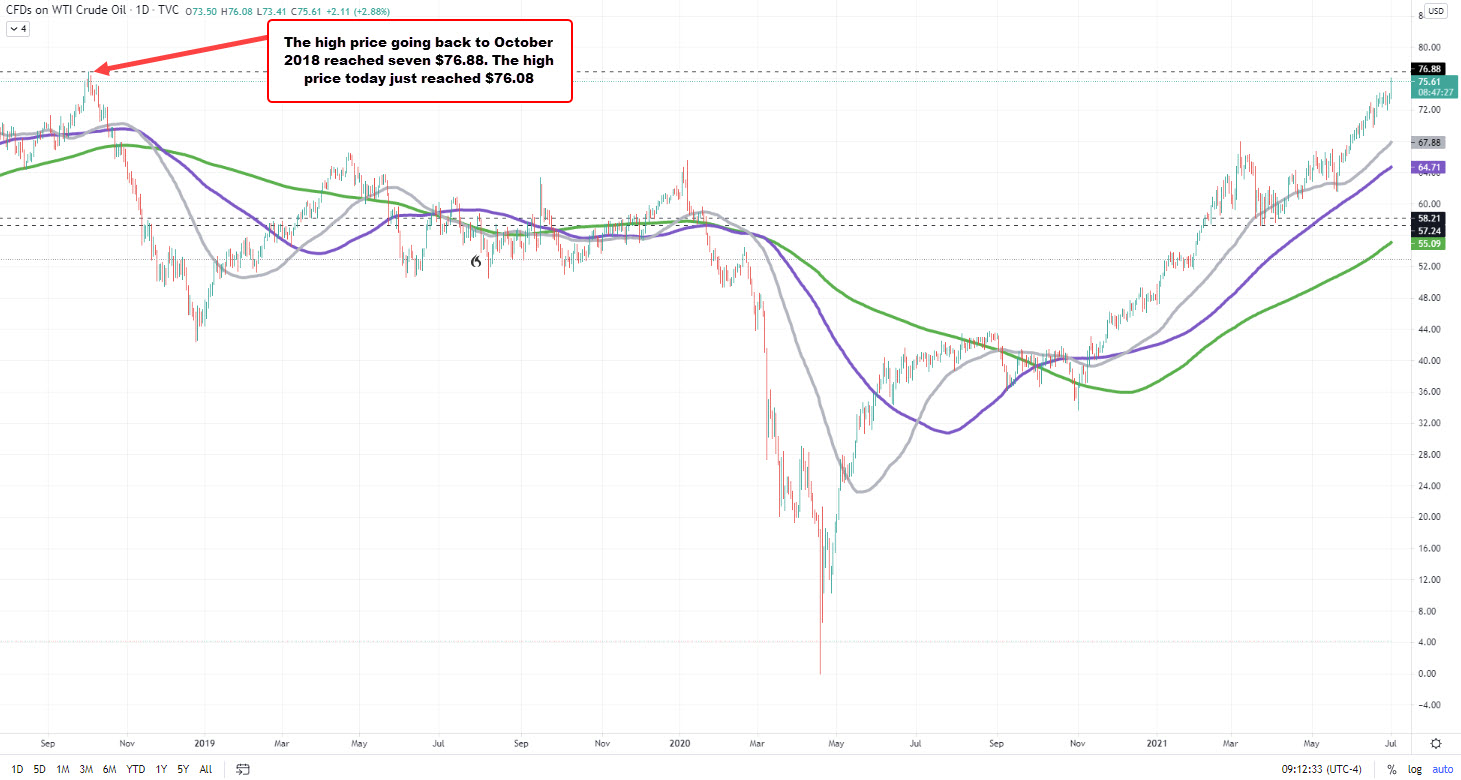 Drilling to the hourly chart below, the price today based against its 100 hour moving average. That was a clue for the buyers to enter.   The initial run higher moved up to test the high from earlier in the week at $76.42. After some consolidation, the price shot through that level, and has raced higher as shorts scramble to cover.

A topside channel trendline cuts across at $76.44. That would be the next upside target on further momentum. That comes in ahead of the October 2018 high of $76.88